Keith LuBrant is clearly influenced by the greats. “Sometimes There Are No Words” contains many shades of Richie Kotzen, Paul Gilbert, and the like. Keith himself has stated this album is a “love letter” to those who shaped his sound. True, he may not be another Vai or Bettencourt, but by the same token, they are no Keith LuBrant. His playing is fiery and passionate and while there is great attention to detail, there is also a raw sense of spontaneity.     – Craig Obert (metal-digest.com)

Keith signs with Guitar One Records! 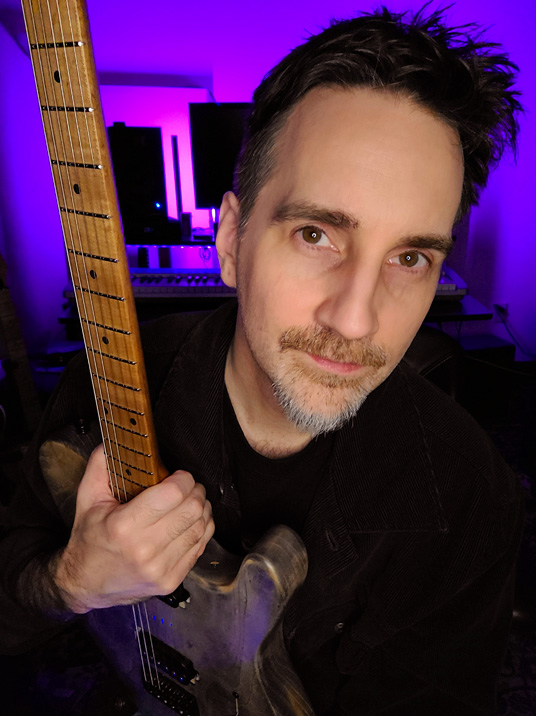 EXCERPT FROM ALBUM REVIEW BY DIVIDE AND CONQUER

When great guitarists make albums, in general you know what to expect: one killer solo after another, hopefully in a variety of genres to keep things interesting. LuBrant starts the proceedings with a totally solo, Eddie Van Halen-Steve Vai fingertip extravaganza fittingly titled “Welcome to the Show.” This leads directly into “The Right Track” which is a fast rock boogie with a busy, unstoppable lead guitar line occasionally overdubbed with harmonies or added riffs. The sound is thick, crunchy and irresistible. “Swagger Street” continues this template while stretching out with a bit more “swagger” featuring another great chorus melody for multiple guitars.

“Fact Or Fiction” changes things up with a funk feel. Here’s a good time to note the excellent interplay between LuBrant and drummer Will Regnier, which becomes really obvious in the little spaces LuBrant leaves open. This song has a few interesting post-production touches as well. By this point in the album the guitars are rarely at less than orchestral levels of overdubbing. “Keef’s Boogie” is built on an extremely fast (big surprise there!) descending note motif over which LuBrant rocks relentlessly. I was expecting a possible tribute to Keith Richards but I guess the song refers to LuBrant himself. Structurally it’s a bit closer to Van Halen crossed with prog rock. Some of the unison harmonic leads are absolutely breathtaking.

“Cracks In The Kingdom” dials back the fuzz for a shorter, chamber music-style construct that Steve Howe might have dabbled in. It’s a short break, as the fuzz tone kicks back in for the heavy metal “Army of Six” featuring a tricky main riff worth of Metallica. This is one track that really goes through some thrilling changes, though I’d be hard pressed to find one in this collection that doesn’t! There’s even a funky wah wah finale. “Young Again” dials the volume back for a jazzy, contemplative stretch on a quieter, chiming guitar setting, followed by a more straightforward pass of lead guitar. “Ace of Acadia” returns to LuBrant’s signature riff-heavy style with multiple guitars, some of which have an Allman Brothers flavor (but way faster!).

“Work Up To It” is another of the quieter-style tracks, which are becoming some of my favorites. There’s a basic melody that the background guitars carry, while LuBrant follows on lead, aping the melody while adding impossible-sounding variations as he goes along. Yet another jaw-dropping three minutes! “Isolation” closes the album with a melancholic theme that’s both quiet and epic at the same time.

​When you run into an awesome guitarist, most of the time you just want to stand back and let them wail. However, their music is often repetitive and designed to show off. LuBrant shows off just by existing, but his melodies are every bit as good as his shredding. An amazing talent! 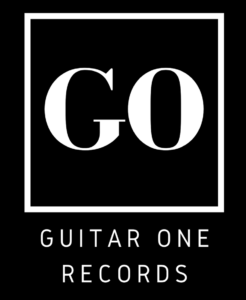 I am extremely happy to announce that my new album, “Sometimes There Are No Words”, will be coming out on Guitar One Records. Some of the artists on their roster are Greg Howe (phenomenal guitarist who has an incredible catalog of solo albums and has toured with Michael Jackson, Justin Timberlake and Enrique Iglesias) and Stu Hamm (another amazing bassist who has shared the stage on the G3 tour, alongside Joe Satriani, Eric Johnson and Steve Vai. He has also played on albums by Steve Vai, Richie Kotzen, Michael Schenker,and Frank Gambale, as well as his own solo albums. 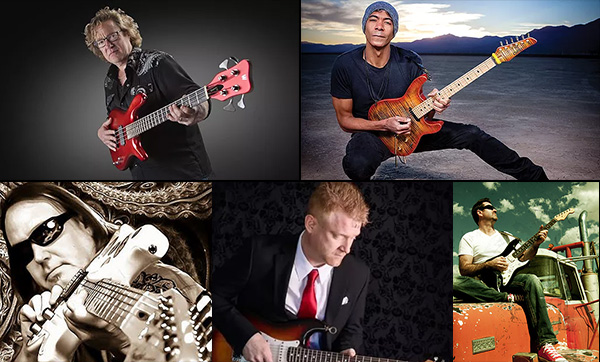 Keith started his guitar journey like so many others around the time guitar instrumental albums from guitar labels such as Shrapnel Records were popular. Take Paul Gilbert and Bruce Bouillet’s scale sequencing, along with the combination of technique and tasty blues/jazz from players like Howe and Kotzen. Add the melodic playing of Steve Vai and the funky right hand of Nuno Bettencourt, and you have the ingredients that mixed to influence Keith’s guitar playing.

He started playing in the bars and clubs around New Jersey, Pennsylvania and Delaware. He then took a turn in a different direction and started creating music for film and TV. You can hear his music on thousands of television shows featured on hundreds of network channels, such as ABC, CBS, NBC, MTV, VH1, to name a few. He also worked with Philips Lighting on music for their training media, wrote the theme song for a Mattel Hot Wheels Custom Motors commercial campaign, and has had music featured in movies, such as Lizzy Borden Took an Ax and Dogs and Cats 3.

His latest guitar rock instrumental album, “Sometimes There Are No Words”, is set to be released on Guitar One Records. The album features longtime musical partner John LeComte on bass and Will Regnier (who tours with a range of artists in Quebec including Gregory Charles, the Orchestre Métropolitain, Alexandre Da Costa, John Roney and Polychuck) on drums. In Keith’s words, “The combination of these players created something really special.”  Keith further states, “I wanted to create a love letter to the guitarists that helped shape my playing into what it has become today. This album was a blast to do, and the final result is something in which I take great pride.” 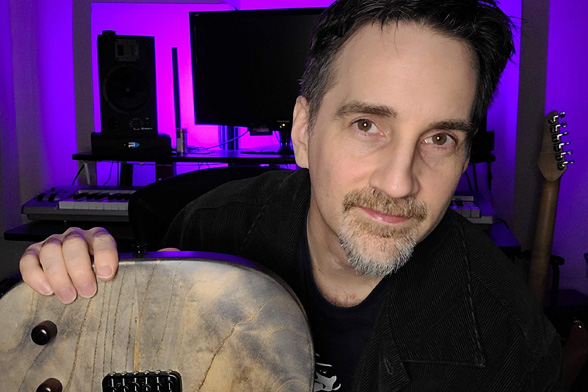 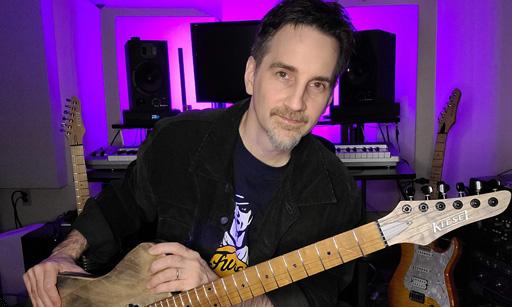 Keith LuBrant is also an experienced songwriter/composer that has music featured in thousands of television shows, on networks such as NBC, CBS, ABC, HBO, MTV, and VH1. He’s worked with Philips Lighting on music for their training media, wrote the theme song for the Mattel Hot Wheels Custom Motors commercial campaign and has had music featured in movies such as Dogs & Cats 3 and Lizzie Borden took an ax. 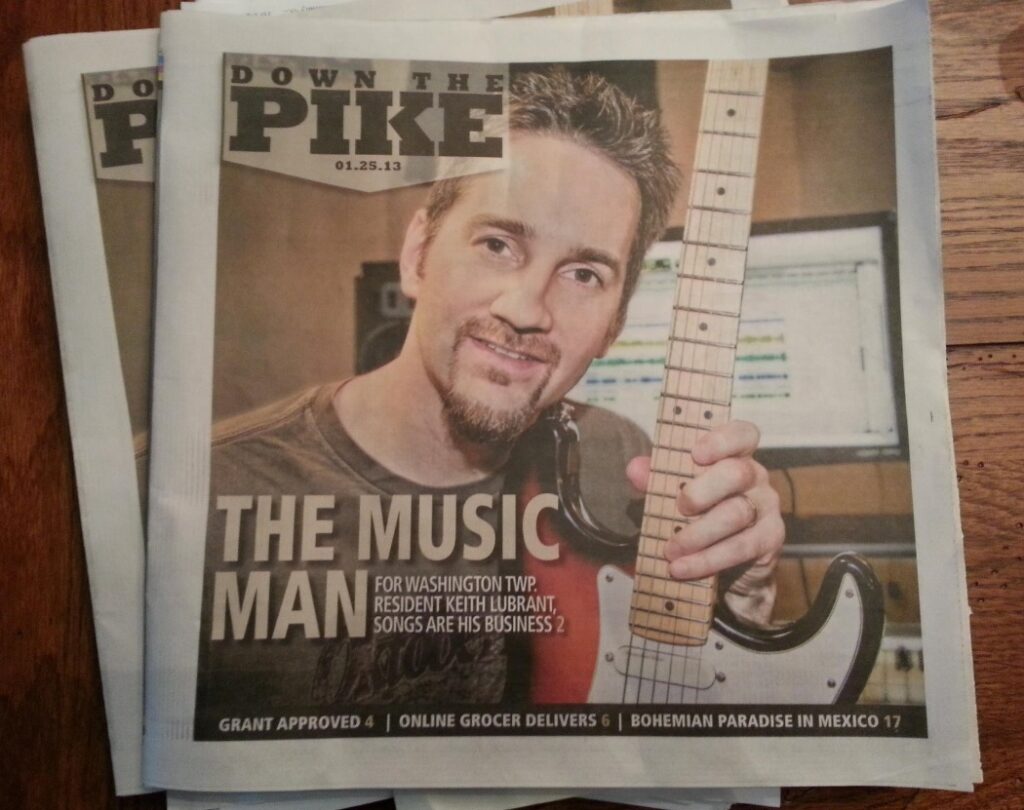 Please fill out the contact form for all questions and inquiries.